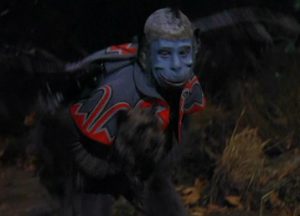 Everybody has seen The Wizard of Oz and likely has an irrational fear of flying monkeys. If you have read the book by L. Frank Baum, you would have noticed a few key differences that seem superficial on the surface, but are actually meaningful political and economic symbols of the time.

The Wizard of Oz was a political allegory.

It took nearly 60 years for anybody to realize it, but schoolteacher Henry Littlefield put it all together. Though some contest Littlefield is completely wrong, you be the judge. Here are some of his conclusions:

The land of Oz was a Utopia that had solved all of late 19th century America’s problems. Oz itself is a reference to gold, as in an oz. of gold.

Many believe the Wicked Witch of the East represented financial interests, like Wall Street.

In the book, the slippers were not made of rubies. Dorothy wore silver slippers which represented the populists’ opinion that America should switch to the silver standard. Note: this measure would have benefited debtors and hurt creditors and likely would have disrupted the economy for a bit (who knows if the benefits would outweigh the cost?).

The Emerald City wasn’t actually made of emerald in the book. All visitors and inhabitants were compelled to wear glasses to keep them from going blind from the emeralds’ brightness. The truth is, the glasses made everything look green. This is all an allusion to America’s green paper money.

The Tin Man is the eastern working man.

Last, but not least, the Cowardly Lion is supposed to be William Jennings Bryan himself.