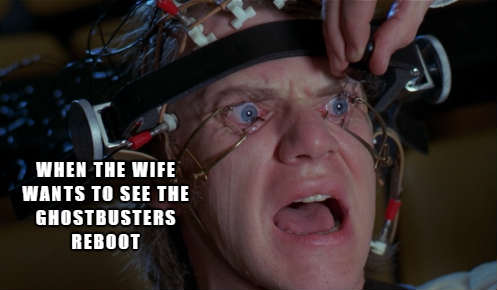 If I look up a movie rating on IMDb, I often hear people say something like, “IMDb ratings don’t mean anything.”, usually when they disagree with the rating a movie receives. My response (which I usually keep to myself) is “Of course it means something.” You just have to know how to use IMDb ratings to your gain.

I am a data nut. I have always liked numbers, but after reading up on behavioral economics and (finally) learning how unscientific it is to rely on personal experience, anecdotal evidence, and other subjective bits of information, I became crazy for data. Data is never perfect, either. People that try to hold it to that false standard are hurting their decision-making process. Whether you take data as gospel or completely dismiss it because it’s not perfect, you are wrong. The key is to be able to interpret data for what it’s worth.

What’s This Got to Do with IMDb?

IMDb’s rating system is purely user-based. That means you get access to the wisdom of the crowds (at least the sampling of the crowd who volunteers their opinion on movies).

When you check a movie rating, you have to consider not all movies are created equal. What I mean by this is every movie has a specific audience in mind. Consider how broad is that audience? A movie like The Avengers is made to appeal to a wide audience (people who like summer blockbusters), whereas Scott Pilgrim vs. the World is for a much more narrowly defined audience (nerds like you and I). Avengers is an 8.1 and Scott Pilgrim is a 7.5. I like Scott Pilgrim a lot more than Avengers, but my reaction isn’t “See? IMDb is wack!” I can look at those ratings and qualify them knowing the Avengers rating is going to skew positive because of the large target audience, while the opposite is true of Scott Pilgrim because it is for 80s and 90s kids who played video games. 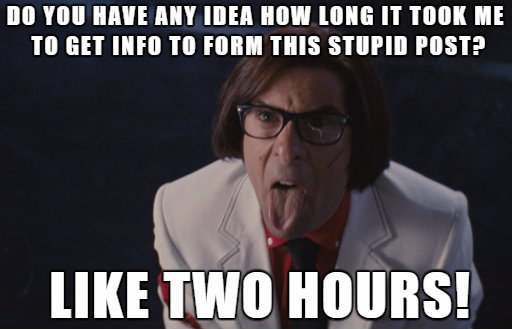 Here are my IMDb rules, which I always follow and I rarely end up seeing a movie that I regret:

So What’s This Shit about Ghostbusters and Sexism?

Leading up to the release of Ghostbusters there has been a huge amount of fan backlash, part of which seems to be in response to dominating the cast with females. I actually like that they tried to do something different. It would be hard to recreate the magic of the original movie, so be original. My problem is the previews looked terrible. They were so bad that they started airing commercials of Kobe Bryant and Flo to sell the movie. It 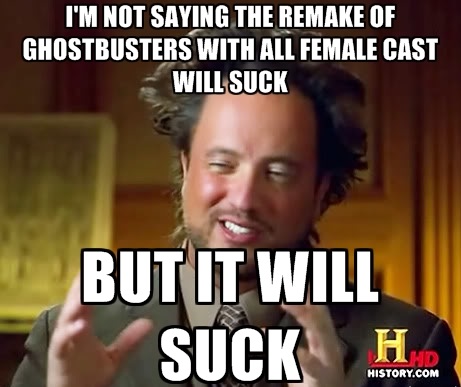 seemed destined to be one of the worst titles of all time.

But then on Thursday night, I was seeing social media posts from lady friends (hey-oh!) talking about how good the movie was. How could this be?! I scoured the internet for answers.

I found an interesting article about how male voters skew ratings for movies that are intended for female audiences. It didn’t occur to me that male voters dominate the ratings. I’ve never had to consider interpreting ratings from that perspective because I am in fact male myself. The article shows that 7,547 males gave Ghostbusters a rating of 3.6. Contrast that with 1,564 female users rating it 7.7. That resulted in a pitiful overall average of 4.1 while the target audience seems to be enjoying this movie.

The real kicker is that 12,000 people voted before the movie was in theaters for wide release. 12,000 is a lot of votes, so I’m somewhat skeptical that all those viewers actually saw the movie, which is somewhat disappointing.

So the point is if you’re a woman, then you have to consider that you’re living in a man’s world (I think you already knew this) and you have to learn how to use the IMDb ratings accordingly. It’s just one more thing we ruin for you. All I can say is sorry.